Elia exercises its pre-emption right on the remaining 20% stake in Eurogrid held by IFM and will immediately sell the stake at the same price to German state-owned bank Kreditanstalt für Wiederaufbau (KfW).

The transaction between Elia and KfW fosters Belgian-German cooperation regarding critical grid infrastructure.

The Belgian transmission system operator (TSO) Elia System Operator SA/NV ('Elia') has exercised its pre-emption right on the remaining 20% stake in Eurogrid International ('Eurogrid'), the holding company of German TSO 50Hertz Transmission GmbH ('50Hertz'). After Elia has acquired the 20% stake, it will be sold to the German state-owned bank Kreditanstalt für Wiederaufbau (KfW) at the same financial conditions. The transaction between Elia and KfW fosters Belgian-German cooperation regarding critical grid infrastructure. 50Hertz is one of four electricity TSOs in Germany and is playing an important role in the implementation of the 'Energiewende' or energy transition in Germany. 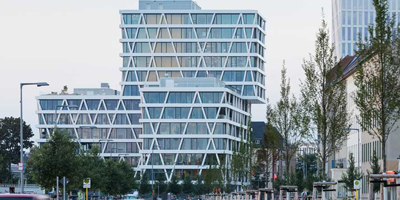